The Crazy World of Arthur Brown 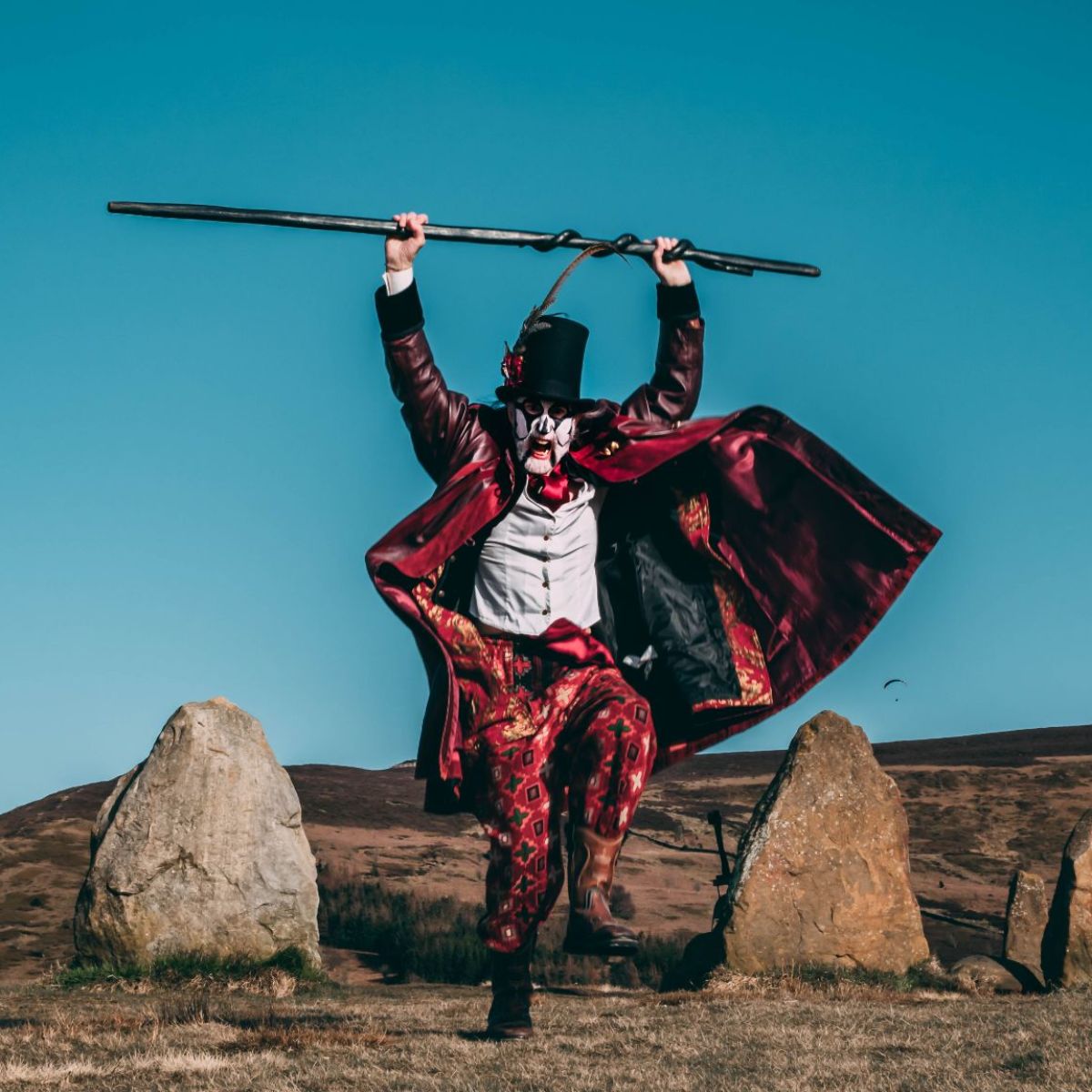 The Godfather of Psychedelic Blues/Prog/Shock-Rock – ARTHUR BROWN – with new album release, be back on “Long Long Road”. Pretty much everyone

The Godfather of Psychedelic Blues/Prog/Shock-Rock – ARTHUR BROWN – with new album release, be back on “Long Long Road”.

Pretty much everyone into rock music knows ARTHUR BROWN. Be it via listening to or watching The Who’s rock opera “Tommy” or spending time with The Alan Parsons Project’s classic debut album “Tales of Mystery and Imagination”, most people have encountered Arthur – even if they might not have realised it.

Yet when it comes to THE CRAZY WORLD OF ARTHUR BROWN’s iconic, career-defining 1968 transatlantic hit single ‘Fire’, everybody knows that this is Arthur – the self-proclaimed God of Hellfire!

But, we are getting ahead of ourselves, when we really ought to start with Arthur’s new full-length masterpiece “Long Long Road”.

Wild, vibrant, and crammed with rich musical textures, his new album is quintessentially ARTHUR BROWN, and can easily be construed as the apex and summary of a fascinating career that has spanned no fewer than seven decades.

Scheduled for release on Arthur’s 80th birthday on June 24, “Long Long Road” effortlessly shifts from progressive rock and soul to pristine blues rock, with the much-loved singer summoning his full vocal range with a mature mastery that comes only with the experience of a lifetime.

Make no mistake; ARTHUR BROWN is a true rock legend – luckily, one whose star still burns very brightly, making audiences’ jaws drop whenever he takes to the stage.

Born in 1942, this outstanding vocalist and pioneering performer has recently been experiencing a renaissance. Arthur’s ground-breaking work over several decades was honoured at the 2019 Prog Awards, when he received the Visionary Artist Award. In 2021, Arthur was given an HRH Legend Award that celebrates the best of British rock music. Prior to these, Classic Rock magazine bestowed a “Showman Award” on Arthur in 2005. This renewed attention by fans, media and peers in the autumn of his artistic endeavours can be recognised as a long-overdue tribute to an iconic musician, similar to that enjoyed by JOHNNY CASH late in his expansive career.

ARTHUR BROWN‘s legacy has been long appreciated by fellow musicians, writers and dedicated rock fans far beyond the vast shadow cast by his gigantic number 1 hit single ‘Fire’. The iconic track from his 1968 album “The Crazy World of Arthur Brown” still maintains its mesmerising power with audiences and peers today. At the same time, it could be argued that the omnipresence of ‘Fire’ has partly obscured Arthur’s many outstanding accomplishments over the 54 years since its release.

To understand the massive impact and influence of ARTHUR BROWN‘s wild stage persona, flamboyant theatrical performances, and charismatic multi-octave voice, one only needs to listen to these rock icons:

“Without Arthur Brown there would be no Alice Cooper.”  ALICE COOPER
“Now there’s a man who was ahead of his time.”  ELTON JOHN
“Arthur Brown was a big influence of mine… Arthur Brown has the voice of death.”  Bruce Dickinson, IRON MAIDEN
“Arthur Brown is as much a dancer as he is a singer.”  Pete Townshend, THE WHO

ARTHUR BROWN is widely recognised as a pioneer of shock rock and progressive rock, and a significant influence on heavy metal. His live performances include iconic classics, dance, poetry, visuals and a subliminal soundtrack of new electronic music. Whenever he plays, Arthur still brings the dramatically elegant and always extravagant style that he established as the gold standard onstage.

During his long and distinguished career, Arthur has been the lead singer of various groups, most notably THE CRAZY WORLD OF ARTHUR BROWN and KINGDOM COME, along with a cameo in the cult film “Tommy”, in which his dramatic vocals were backed by ERIC CLAPTON and THE WHO. Collaborations include the debut album of THE ALAN PARSONS PROJECT, DAVID GILMORE, THE PRODIGY, BRUCE DICKINSON, THE STRANGLERS, KULA SHAKER, DIE KRUPPS, and many more.

With each note on “Long Long Road”, ARTHUR BROWN makes the impressive statement that he remains as authentic, challenging, creative, and compelling as he was at his career’s fiery beginning. This record is not a swansong, but the thrilling beginning of the final phase of an utterly singular career.