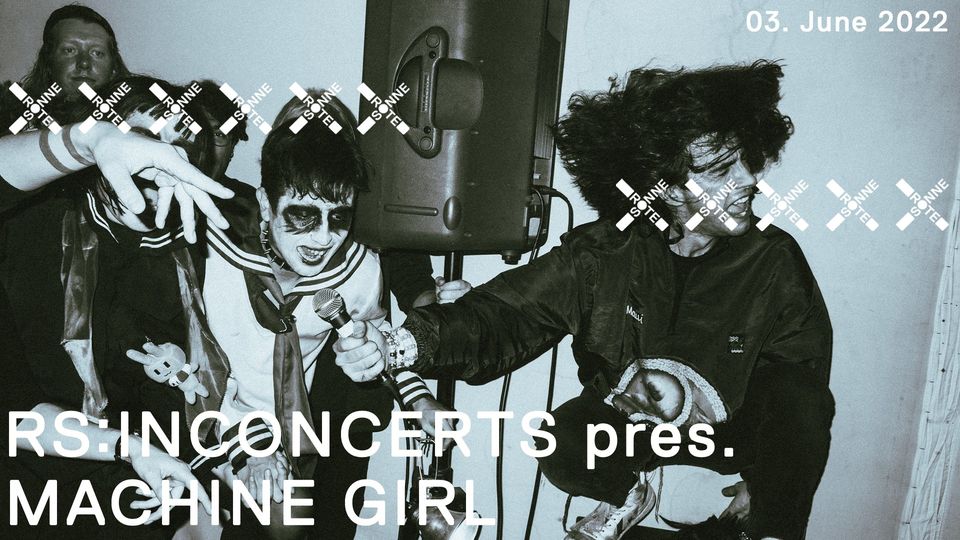 Cutting their teeth on the DIY circuit across North America, Machine Girl have quickly become known for their unpredictable and cathartic live shows, amassing a rabid following of club kids, punks and metal heads reveling in the bands amorphous blur between grindcore mosh pit and underground gabber rave.

Alongside fellow New York artists Bonnie Baxter, Prison Religion and Deli Girls, Machine Girl spearhead a recent wave of DIY music culture existing on the borders between punk, noise, techno, and rap, with few, if any, belonging squarely to any one tradition. Sonically collapsing the borders between these genres, Machine Girl’s music reflects the sensual overload of an omnipresent media in which public truth has become a prism of intersubjective realities and global tribalism no longer bound to a common fabric of facts or local cultural truths. It represents a postmodern world in which cultural points of reference have become universal, readily available to anyone at any time to be consumed, disconnected from their original meaning to be rearranged, culturally recharged and globally reconnected in ad lib fashion.

In the duos music and live performances this unstable reality is not only being reflected but celebrated and thus pushed to its inevitable conclusion: horror, violence, surrealism, anxiety and chaos – all hyperactivated, peaking in the ego’s death to thus clear the way for personal transcendence. To cleanse yourself, hit the reset button and ask: How to become a decent human being? What are the responsibilities that come with this kind of freedom? Are we victims or perpetrators? What can be done?