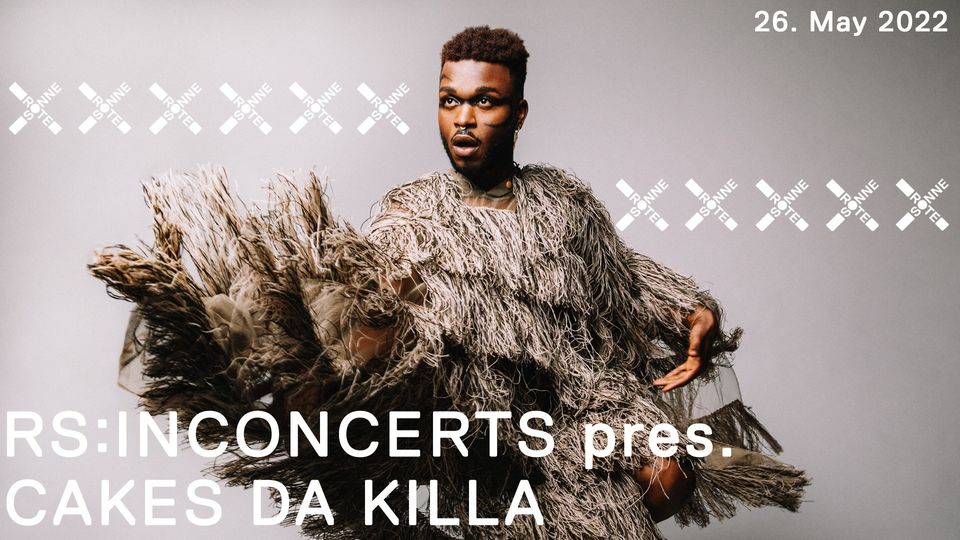 ashard Bradshaw, better known by his stage name Cakes Da Killa, is a Brooklyn-based rapper and writer. Cakes is a leading figure of the queer

Cakes is a leading figure of the queer hip-hop explosion in New York that took place in 2011. His witty flow and unapologetic delivery helped push him to the forefront of discussion as the media’s interest in LGBTQ+ visibility and themes in hip-hop heightened.

His presence in music and media championed the acceptance of openly gay artists in hip-hop but Cakes’ journey in music began as a fluke. While being enrolled in Montclair State University Cakes would record videos of himself rapping just for fun. The idea of an openly gay artist in rap was still a farfetched concept at the time. His love of rhyming and wordplay was first discovered in High School when he would participate in rap battles in the cafeteria but a career in music never crossed his mind.

It wasn’t until he was asked to appear on the 2011 Downtown Mayhem Vol. 1 compilation mixtape that he realized his hobby for lyrics could be an easy way to a couple drink tickets and free entry at his favorite bar and clubs in the city. Fast forward to 2013 and Mishka NYC’s website releases Cakes’ first official mixtape The Eulogy to overwhelming popularity when it was reviewed positively by Pitchfork and Anthony Fantano of the Needledrop. Miles Raymer of Pitchfork compared his raunchy style to Lil’ Kim and praised the production of the mixtape. According to an interview in PAPER magazine the mixtape’s title originally referred to Cakes’ plan to end his musical career after its release to focus on journalism, but he’s since changed his mind.

He remains a staple for alternative voices in music, promoting black excellence as well as LGBTQ+ visibility garnering the MC praise from the likes of Red Bull, Afropunk and The Fader. Mixing 90’s grit with high energy club beats Cakes’ unique persona quickly cemented him as one of the most dynamic lyricists to hit airwaves fusing hip-hop, electronic and dance. A string of singles, collaborations with respected producers such as LSDXOXO, Honey Dijon and DJ Shiftee, mixtapes Hunger Pangs (2014) and #IMF (2015), television appearances on VH1’s LHH: Out in Hip Hop Special (2015) VICE’s Gaycation (2016), sponsorships, syncs and tours around the world finally prompted the release of his much anticipated debut album Hedonism in the fall of 2016.

In 2019 Cakes appeared as a contestant on Netflix’s original series Rhythm + Flow where he continued the dialogue about representation in hip-hop. A new EP was released by Classic Music Company/Defected in November 2020 and is entitled MUVALAND featuring lead single »Don Dada.« Follow up EP MUVALAND Vol. 2 was released in July 2021 by London’s HE.SHE.THEY. collective.

»These pair of Muvaland EPs started as quarantine projects, but within the canon of rap music, queer or otherwise, they will be remembered as the shift in Cakes da Killa’s career when it all came together—when both his persona and his talent went supernova.«